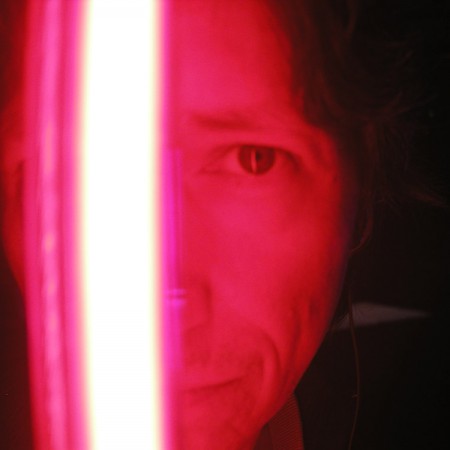 Pablo Ventura (ES/CH) receives his dance education at the London Contemporary Dance School where he graduated in 1985. A disciple among others of Nina Fonaroff, Jane Dudley and Bill Louther, he starts to perform as a dancer and soon makes his debut as a choreographer.
As a dancer he appears in choreographies of José Limón, Viola Farber, Siobham Davies and Kim Brandstrup.. Other engagements include Arc Dance Company, Second Stride Dance Company, Triveni Dance Company, Málaga Danza Teatro, Covent Garden Opera House and Zurich Ballett.
In 1986 Pablo Ventura becomes “Choreographer in Residence” of The Place Theatre in London, and in the same year he founds the Ventura Dance Company, for which he will create numerous choreographies and dance videos to date in London, Madrid and Zurich. Other works have included choreographies for contemporary operas, music theatre, film and videos.

Awards
In 1999 he receives the “City of Zurich Dance Award” for his work in the field of dance and new media. In the year 2000 CYNETart-festival of Dresden awards him a prize for his full evening work “MADGOD 2.001”, and in 2001, Pablo Ventura is the winner of the” CYNETart” 2001 award for his computer-aided performances.
“MADGOD 2.001” is featured in the January 2001 issue of Ballet/Tanz magazine and is mentioned as the “most innovative production“ in the noted yearbook: Ballett International/Tanz Aktuell 2001.
In 2002 Pablo Ventura receives the “Canton Zurich Dance Award” in recognition of his “merits in dance-aesthetic research and innovative choreographies”.
In 2012 he was awarded with the Shanghai International Science and Art exhibition award for his Installation "2047".

Multimedia works
“Kubic’s Cube”, developed in an artistic residence in Tesla-Berlin and presented at the Berlin’s Transmediale 2006, is a commissioned work for a robot as the only actor in a dance piece and stands out as one of his most daring multimedia works. “Kubic’s Cube” has been presented among others at the International Symposium for Electronic Arts ISEA 2008 in Singapore. Other works with Robots and multimedia includes “Zone” for 6 dancers and Industrial Robots premiered at the Festpielhaus Hellerau and with performances in S. Corea’s Sidance 2002.
His work also entails research collaborations with scientists:  in 2007 Pablo Ventura was selected for the „Artist’s In Labs“ program during which time he developed a custom software applicaction for computer generated choreography, and started the development of a “Dancing Robot” project in collaboration with the Artificial Intelligence Laboratory of the University of Zürich.
He has been invited to participate at the "Swiss Artists in Labs" exhibition at the Arts Sta. Mónica in Barcelona, at the Kunsthalle in Luzern and was selected “artist in residence” of Sinlab for science and performing arts 2012 in Lausanne.

Philosophy
Pablo Ventura has been working with technology and with computer software for choreography since 1997. Numerous dance and media productions using the possibilities of modern technology come about in collaboration with software programmers, video artists, composers and with robot artists.
These works create an area of tension between the traditional means of dance, and the expression of computer-aided dance in interaction with new media. They can be seen as a reflection without a message on the topic of ”man and machine‘ with the human body set in the context of it‘s spreading technical surroundings.

Electroscape  (CH) (Robert Alexander and Robert Korizec)
Electroscape’s music is founded on improvisation and interaction – not only between two musical collaborators, but also at the basic electrical level within their collection of autonomously functioning instruments.
Electroscape weaves a medley of sound generators and effects units into a novel electronic mesh where chained and looped interconnections coerce the respective items of equipment into unorthodox technical and musical roles. Wired together thus, the instruments are all set to fill a sonic space that is correspondingly uncharted and freeform.
Electroscape's talent is knowing what to throw out and what to keep in, and in doing so, shaping a collage of sounds into something cohesive that delivers emotional impact.
Contrary to the general contemporary trend in electronic music, Electroscape does not use laptop computers.
Music compositions for Ventura Dance Company: 2047 (2009) and Heliopolis (2014)

URBANO MISTICA AMPLITUDE (U.M.A. Berlin)
Sound-Engineers Gato Leiras und Michael Renkel investigate in an ”open and mobile composition” process the possibilities of mutation and reality, and give as a feedback this heterogeneity of time inversion/distortion. U.M.A. is a imprecise echo and reflex. UMA is a reaction.
Music compositions for Ventura Dance Company: Zone (2001), De Humani Corporis Fabrica (2002-2005).

Francisco López (ES)
Internationally recognized as one of the major figures of the underground experimental music scene. For over twenty five years he has developed an astonishing sonic universe, absolutely personal and iconoclastic, based on a profound listening of the world. Destroying boundaries between industrial sounds and wilderness sound environments, shifting with passion from the limits of perception to the most dreadful abyss of sonic power, proposing a blind, profound and transcendental listening, freed from the imperatives of knowledge and open to sensory and spiritual expansion. He has realized hundreds of concerts, projects with field recordings, and sound installations in 50 countries of the five continents. His extended catalog of sound pieces (with live and studio collaborations with over 100 international artists) has been released by more than 140 record labels worldwide, and he has been awarded twice with honorary mentions at the competition of Ars Electronica Festival.
Collaboration with Pablo Ventura: "Nexus-6" (2007) and Kubic's Cube (2006).

Daniel Bisig (CH)
Born in 1968 in Zürich, Switzerland. In 1994, he received a Master's degree in Natural Sciences at the Swiss Federal Institute of Technology. In 1998, he received a PhD in Protein Crystallography at the same university. In 1999, he finished training in web-design with a diploma at the EB-Wolfbach, Zurich. In between 1999 and 2001, he was teaching web-design at the EB-Wolfbach and worked as designer and programmer at the web-company Ditoy. In 2001, he joined the Artificial Intelligence Laboratory at the University of Zurich as a senior researcher. He has also been working as a research associate at the Department of Art and Design, University of Applied Sciences, Aargau in 2003 and at the Institute Cultural Studies, University of Art and Design, Zurich in 2004. Since 2006, he has an additional research position at the Institute for Computer Music and Sound Technology in Zurich. Since 1996, he has been active as an artist in the fields of computer animation, experimental video and software art.
Video designs for Ventura Dance Company: Swarm (2007), 2047 (2009), Dancescapes (2011) and Heliopolis (2014).

Chris Ziegler (DE)
Director and digital artist in the field of new media, scenography and the performing arts.
He is Assistant Professor at Arizona State University (ASU), Associate Artist at ZKM Karlsruhe and Researcher at the International Choreographic Center in Amsterdam (ICKAmsterdam).
He began 1994 working dance, music theater and new media projects for Frankfurt Ballett, Goethe Institute and others, creating interactive film installations, multimedia performances and scenographic works, that are presented internationally.
2007 he organised the first DanceMedia Summer Academy at the Artfestival in Weimar, Germany. As a member of the EU‘s Dance Apprentices Network Across Europe D.A.N.C.E. he worked for Europe‘s leading choreographers Frédéric Flamand, William Forsythe, Wayne McGregor and Angelin Preljocaj.
2001 he received the „Young Art and New Media Award“ in Munich, a Performing Arts Award from the Endowment of the Arts Baden-Württemberg 2004 and was Nominee for the Monaco Dance Forum Award 2006. He won several Design Awards, the I.D. Magazine Design Bronze Award 2000 and Silver Award 2001, the New York's New Voices New Visions Award 1996, handed over by Laurie Anderson.
Audio-Visual Interaction Design for Ventura Dance Company: 2047 (2009), Dancescapes (2011) and Heliopolis (2014).

Robotlab (DE) The artistic collectiv robotlab (Martina Haitz, Matthias Gommel, Jan Zappe, Karlsruhe) works with industrial robots in public spaces. It explores the relationship between man and machine by means of experimental labs, performances and installations. For ZONE Robotlab designed a virtual robot which is co-ordinated with the computer program Life Forms. By means of this program the movement of the real industrial robot was choreographed in addition to those of the dancers of Zone. (www.robotlab.de/zone/dance.htm)
Collaboration with Ventura Dance Company: Zone (2001).

Frieder Weiss (DE)
Frieder Weiss is expert for realtime computing and interactive computer systems in performance art. He developed technologies and concepts for the use of digital systems in dance performance. A number of award-winning performances and installation projects have been made. He is the author of EyeCon and Kalypso, video motion sensing programs especially designed for use with dance, music and computer art.
Collaborations with Ventura Dance Company: Zone (2001), De Humani (2002), Fabrica/Cluster III (2005) and Kubic's Cube (2006).